Lionel Galfré began by reviewing the 2016 census, results of which have only been partially analysed. Having reminded the audience that the number of residents now stands at 37,308, he went on to discuss areas that would be of special interest to entrepreneurs.

Regarding the different nationalities resident, 139, the numbers have changed for some compared to 2008. While the Monegasques have remained stable (21%), there has been a big increase in Russian residents who move up from 20th to 7th in the ranking and now represent 1.9% of the population. In general, 92% of non-Monegasque residents are from the European continent, while EU citizens represent 65% of the total population. Throughout his presentation, Lionel Galfré broke down the figures to provide essential indicators for Monaco companies who need to adapt services to their target clientele.

Moving onto companies in the Principality, IMSEE says over 100 nationalities are represented on boards of directors, one-third of administrators are French, a quarter Italian and one-sixth British. The distribution of nationalities among employees is very different to that of residents, as nearly 50,000 people commute to Monaco every day to work.

Lionel Galfré also produced figures for countries trading with the Principality and how these have evolved, the state budget where the bulk of revenue is from VAT, and the educational system which like this city-state is becoming increasingly international.

Figures quoted at this event were selected by Lionel Galfré from IMSEE’s vast database to support businesses in the Principality. 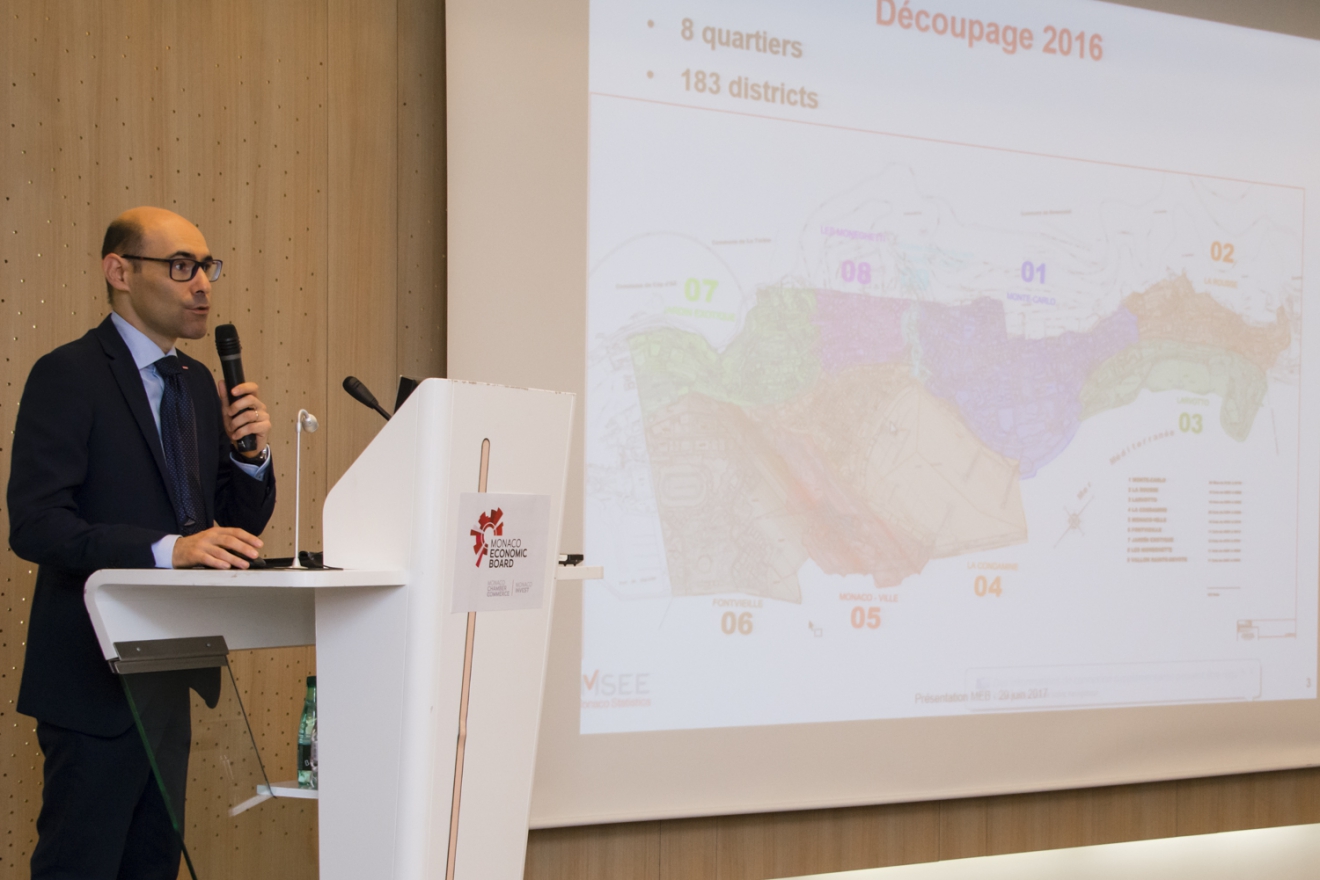