For the fifth time since 1999, Monegasque and Tunisian entrepreneurs came together, this time for an MEB Trade Mission to Tunis held 6-7 July. Strong ties were further strengthened by the signing of a cooperation agreement between the MEB and UTICA (Tunisian Union of Industry, Commerce and Artisans).

It was a short but effective visit for the MEB delegation of 35 representing 18 companies. They were accompanying a trip by Gilles Tonelli, Minister of Foreign Affairs and Cooperation, to attend a Monegasque-Tunisian Joint Commission meeting.

Having arrived early afternoon on the Thursday, one group visited a production plant of the Monaco headquartered thermoplastic injection specialist, Plascopar, a concrete example of a successful set-up in Tunisia. For other entrepreneurs, the afternoon was spent on targeted one-on-one meetings.

In the evening, Mr Slah-Eddine Bensaid, Monaco’s Consul General, hosted a cocktail for the delegation that was attended by key figures in Tunisia, an ideal opportunity to make high-level contacts.

A highlight of the Mission was the business forum on the morning of the 7th attended by Gilles Tonelli. After a welcome speech and bilateral presentations, the MEB and UTICA signed a cooperation agreement, symbolic of a friendship established in 1999 during the first Mission undertaken with HSH Prince Albert II, then Crown Prince. A session of targeted B2B meetings between entrepreneurs of both countries ended the afternoon. Sectors represented included transport, the plastics industry, ICT, insurance, trade, coffee-making machines and health, all looking for partners, buyers, customers or investors.

Also present was a delegation from AFCEM, the association for women entrepreneurs in Monaco, who took the opportunity to sign an agreement with the National Chamber of Women Entrepreneurs in Tunisia. Another bridge across the Mediterranean. 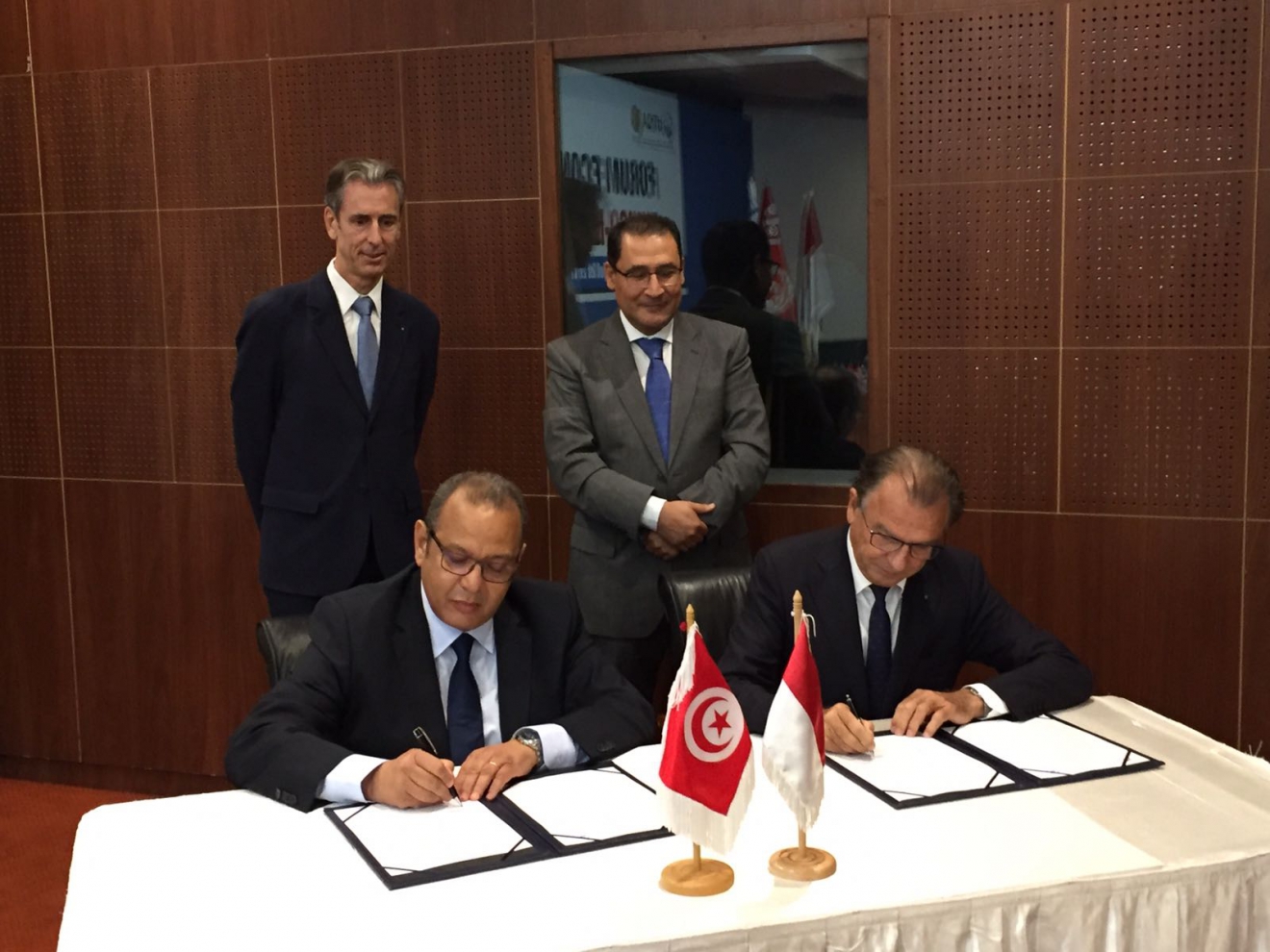