Tuesday 29 December at the Grimaldi Forum, Monaco Economic Board (MEB) and the Nice-Matin Group organised the 11th Monaco Eco Club Awards in seven categories that illustrate the range and diversity of the Monegasque business community.

Some 280 decision-makers and officials, including Minister of State Pierre Dartout, the Minister of Economy and Finance Jean Castellini, and the National Council President Brigitte Boccone-Pagès attended the event held at the Grimaldi Forum, a loyal partner of the Awards. A high point of the Monaco Eco Club’s year*, the ceremony is an opportunity “to shine a spotlight on the dynamism, creativity and spirit of innovation of Monaco companies,” says Jean-Louis Pelé, Chairman of the Nice-Matin Group. Since it launched in 2012, no less than 73 awards have been presented to “promising startups which often go on to thrive (...) but also companies founded by ambitious entrepreneurs who have found the conditions to flourish, succeed and last the course in Monaco,” reminded MEB Chairman Michel Dotta.

MEB Executive Director General Guillaume Rose welcomed the seven winners onto the stage to be interviewed by Nice-Matin Group’s Editor-in-Chief Christian Huault after receiving their prize. Once again, the depth and range of Monaco’s economy was on show.

The Sustainable Development Award went to Sylvia Ratkowski and Pierre Magnes’s company FGWRS, a startup incubated at MonacoTech which has developed a system for recycling grey water, adopted by the European Space Agency.

The International Award went to food supplement specialists, the Forté Pharma Laboratory which has seen exponential growth thanks to its success abroad and was naturally presented to its Export Director Cédric Rinaudo.

Les Perles de Monte-Carlo won the “Made in Monaco” Award presented to Brice Cachia and Frédéric Rouxeville who established the first oyster nursery in the Mediterranean and have developed a range of seafood products that grace the best restaurants in Monaco.

The Special Jury Prize was awarded to the International University of Monaco which has effectively made Monaco its campus under the leadership of its Dean for a decade, Jean-Philippe Muller who has grown the establishment in terms of staff and quality of education.

The International Outreach Award went to CSM (Centre Scientifique de Monaco), headed by Professor Patrick Rampal since 2005 who gave it new impetus by organising it into three departments, all focused on protecting the environment, and is recognised internationally.

Manager of the Year rewarded a passion, that of Jean-Victor Pastor who among his many other activities found time to develop an original catering concept, the Maya Collection, which has proved a big success at home and abroad.

Finally, the three founders of Carlo, Antoine and Armand Bahri and Marta Mas Portas received the Innovation Award for their App that rewards buyers in partner shops in the Principality with 5% virtual cashback that has been adopted by a large section of the resident and salaried population in Monaco.

The ceremony concluded with a photo of winners and officials presenting the awards, symbolic of a bold, innovative, successful Principality. Dynamic informative presentation videos and timed discussions with winners during the evening revealed the strong entrepreneurial passion that drives them. It was followed by a cocktail, an opportunity for everyone to celebrate

Launched 2017, FGWRS specialises in recycling grey water (from showers, sinks, washing machines, swimming pools). Its technology treats the water using the energy it contains. The company incubated at MonacoTech and has already trialled its technology with the European Space Agency for its space flights; in Monaco’s Pavilion at Dubai Expo 2020; and at the Concordia Research station in the Antarctic. Since its technology came on stream, the company has saved five million litres of drinking water.

Future plans are to upscale the product. Experiments could lead to a change in legislation in Monaco which currently does not allow grey water to be recycled.

Founded 1999 in Monaco by Professor Yann Rougier, Forté Pharma is a pharmaceutical lab specialising in food supplements. International development has driven the company’s growth, its success mainly down to innovation and the “Made in Monaco” brand, synonymous with the prestige and quality that meets expectations of foreign consumers.

With 120 employees, €55 million turnover and a presence in 30 countries, Forté Pharma now has its sights set on South East Asia markets including e-commerce, and Latin America with the support of the Spanish Reig Jofre Group to which it has belonged since 2015.

The result of years of research, the company established the Mediterranean’s first oyster nursery and today supplies top tables in the Principality, having started with its own restaurant in Fontvieille, with seafood produce they have bred: rock lobsters, European lobsters and clams.

Looking ahead, the company wants to breed other species to give clients even more choice. Two members of the 12-strong work force focus on an important ancillary activity in partnership with L’Oréal to measure the environmental impact of some of their products working with CSM (Centre Scientifique de Monaco).

Founded 1896, the Principality’s business school has expanded, particularly in the last decade when student numbers tripled to 750 in 2022/23, combined with original teaching methods that make students key players in their learning. The method is approved by international accreditations such as the prestigious AACSB. Offering Bachelor’s, Master’s and MBA degrees in the luxury, finance and sports business sectors, IUM has ramped up its involvement with Monaco’s business ecosystem to effectively make the Principality its campus. It is a member of the Omnes Education group, a private international higher education institution which brings together 12 schools and educates 35,000 students a year.

Founded by Prince Rainier III in 1960, CSM has been given a new lease of life since the accession of HSH Prince Albert II and arrival of Professor Rampal. It has evolved into a multi-disciplinary research centre with 55 employees across three departments:

-       Polar Biology which focuses on specific species behaviour as indicators of change in the polar ecosystems;

-       Medical Biology which combines basic and clinical research that was particularly in demand during the Covid epidemic.

CSM has recently set up a global coral conservatory with the support of the Prince Albert II of Monaco Foundation to cultivate all coral species in aquariums and select those best able to resist the impacts of global warming to be reseeded.

The Maya Collection adventure started over 15 years ago, motivated by one entrepreneur’s passion and interest in the original and exotic with the Thai-inspired Maya Bay. Meeting chefs who had the ambition to modernise traditional kitchens enabled Jean-Victor Pastor to offer new brands such as the Indian and oriental flavours of Maya Jah and the recent more traditional Maya Mia. While creativity and renewal are the main success drivers, it is “the human adventure” that counts says the man behind it who is head of a company that now employs 200 people.

The future lies outside Monaco as the group has already expanded into France in Meribel and in Dubai. It will continue to roll out its concept in Courchevel (with its first hotel), Ryad, Porto Montenegro and Mykonos.

Incubated at MonacoTech, this App has helped boost commerce by rewarding buyers in partner shops with a 5% cashback virtual kitty to spend in Monaco. The cherry on the cake is the opportunity to offer vouchers with the App and get more cashback thanks to a sponsorship scheme. It currently boasts 37,000 users, 500 partner traders, with €46 million spent and three million cashbacks generated. The concept has since been exported to Valladolid in Spain and Aix en Provence.

The company plans to replicate the concept in other medium-size towns in France and to develop new features such as the recent sharing of an invoice between friends using the App and future possibility of paying in instalments. 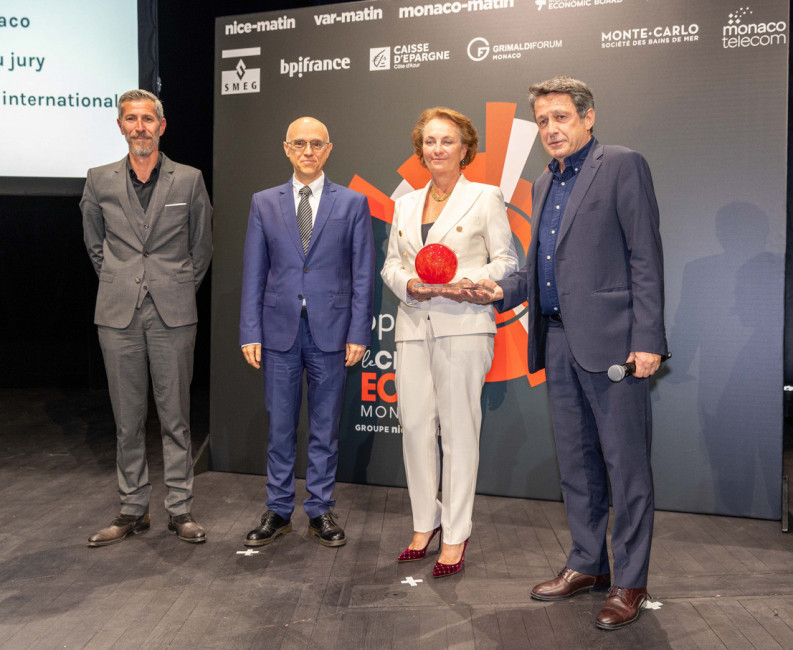 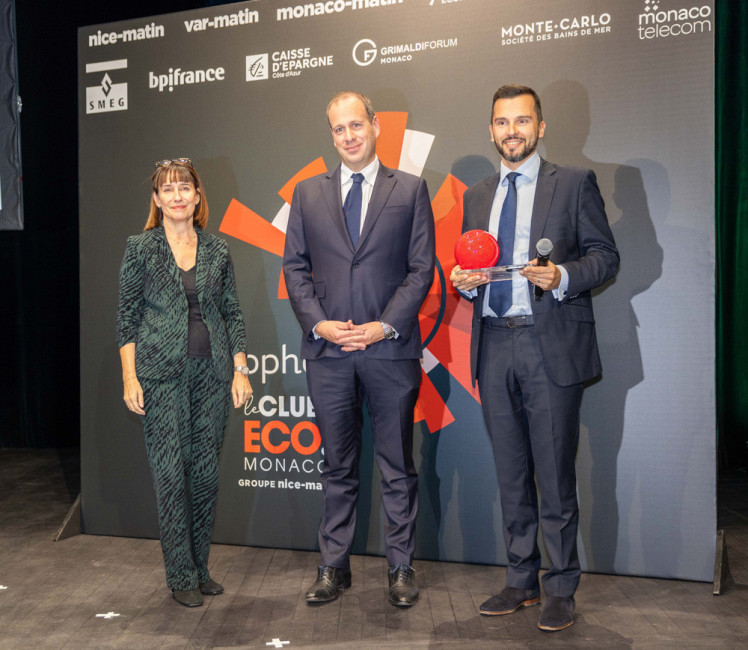 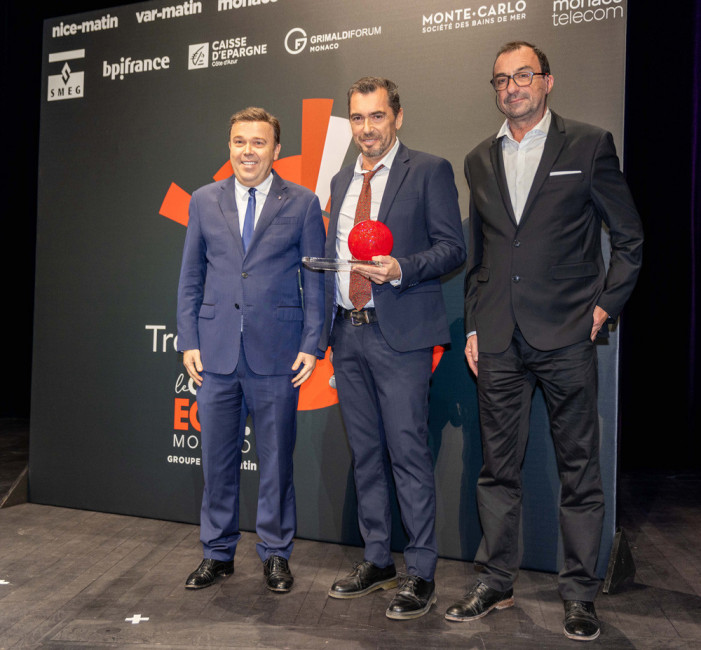 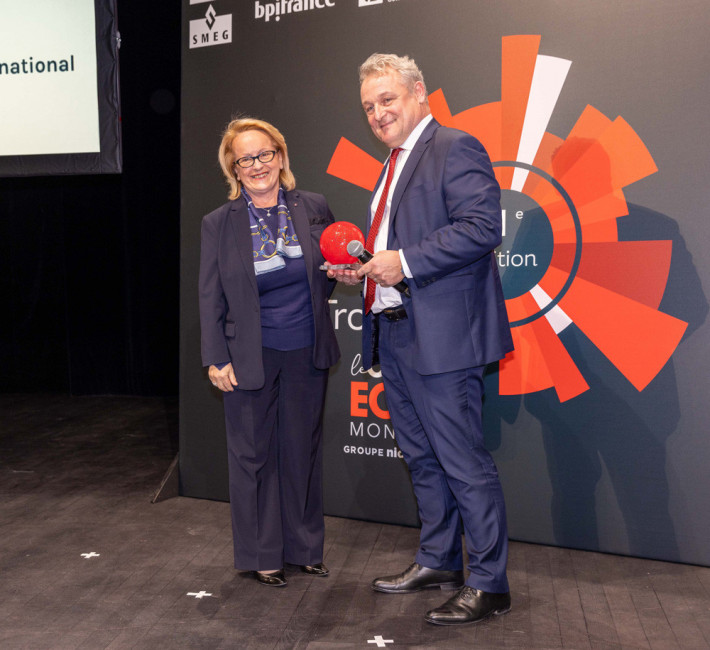 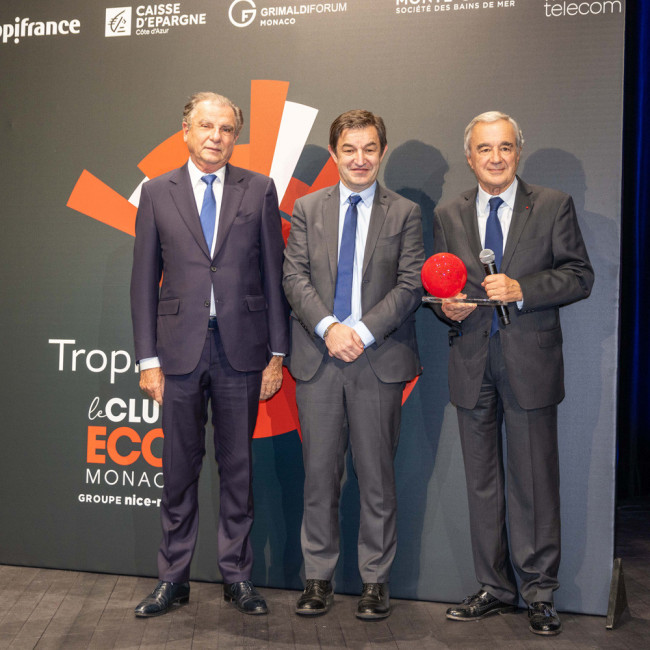 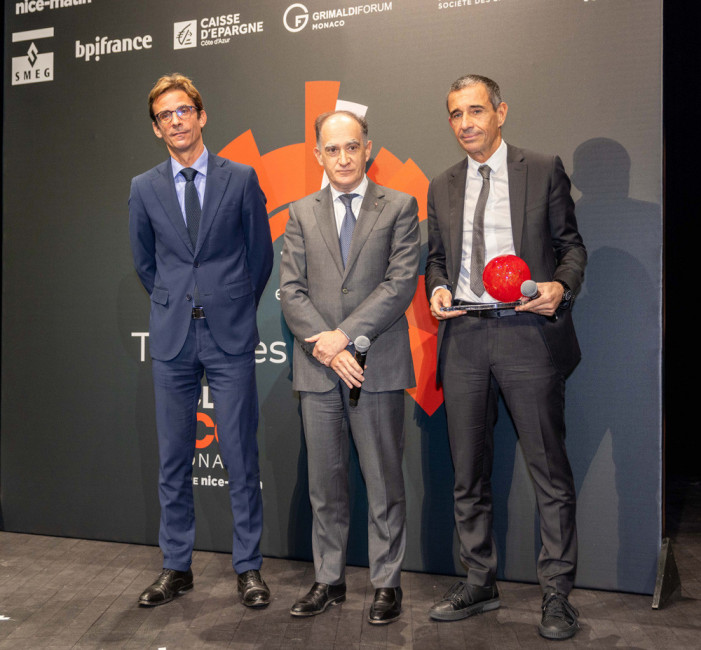 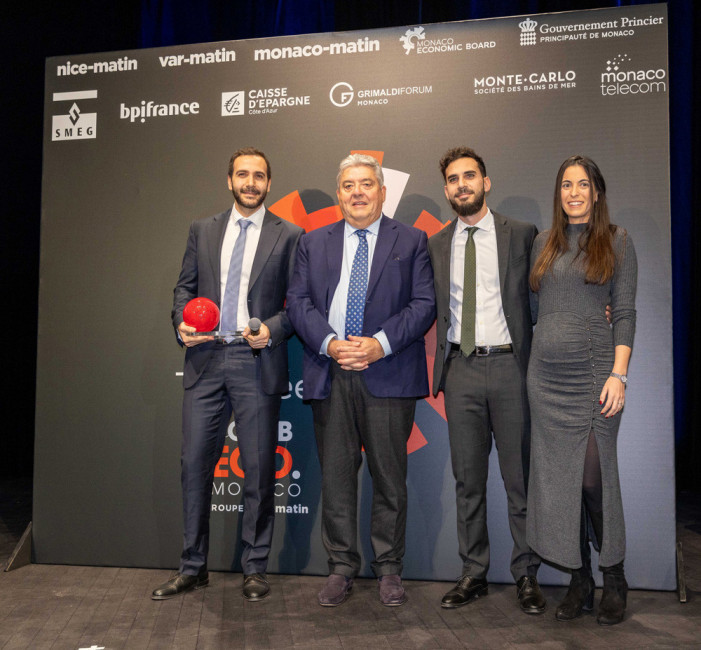